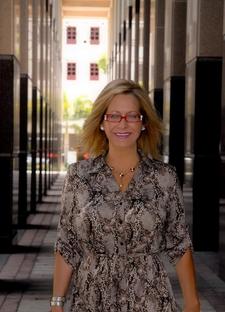 As the owner of a boutique law firm, I purposefully limit the number of clients I represent to provide personalized attention and service.  Additionally, I  travel THROUGHOUT THE STATE for my clients as needed and am  available 24 HOURS A DAY, 7  DAYS A WEEK.

Result: Both charges declined by the State Attorney’s Office (No Filed). Case dismissed.

Facts: Client arrested for Battery on an Officer, Resisting an Officer without Violence and Criminal Mischief.

Result: Plead to reduced misdemeanors on all counts; ordered to complete counseling and pay restitution (no probation).

Facts: Client arrested for Driving under the Influence with Property Damage while in a Dump Truck.

Result: Case Dismissed (Nolle Prossed) by the State on the morning of trial.

Facts: Client (who was roofied) arrested for Driving under the Influence (DUI) with crash. Client had multiple prior DUI convictions.

Facts: Client arrested for Tampering with Evidence, Possession of Marijuana under 20 Grams, Possession of Drug Paraphernalia and Resisting Officer without Violence; Concealed Weapons Permit suspended as a result of the arrest.

Result: All charges "No Filed" except Possession of Drug Paraphernalia, which was dismissed (Nolle Prossed) upon completion of a Pre-Trial Diversion Program. Client’s Concealed Weapons Permit was reinstated after winning the Department of Agriculture Formal Hearing on Suspension of his Permit.

Facts: Client arrested for Battery on a Police Officer and Obstructing an Officer without Violence.

Result: Battery on a Police Officer dropped (No Filed); Case dismissed (Nolle Prossed) through Pre-Trial Diversion on the down-filed charge of Resisting Arrest WITHOUT Violence.

Facts: Client arrested for Fleeing and/or Attempting to Elude (at High Rate of Speed).

Result: During Motion to Suppress Arguments, State offered time served to misdemeanor traffic violation and no suspension of Driver’s License.

Facts: Client arrested for False Verification of Ownership and Dealing in Stolen Property.

Result: After a two-day Final Hearing, the Court ruled against the wife, finding her testimony to be less than credible during her cross-examination and thereafter dismissed the Temporary Injunction and denied a Final Injunction.

Facts: Client arrested for Solicitation for Prostitution and Possession of Marijuana under 20 Grams.

Facts: Client arrested for Shooting into Building and False Report of Bomb or Explosion.

Result: All charges dismissed after a Non-Jury Trial; finding of Not Guilty by reason of insanity.

Results: The following charges were No Filed: five counts of Attempted Felony Murder, Discharge Firearm in Public, Convicted Felon Possession of Firearm, Resist Officer with Violence, Alteration of Firearm Serial Number. All remaining charges dismissed after Court initially found our client incompetent, and then five years later (during which time the client remained in a forensic hospitalization), the Court made a finding of continuing incompetency.

Facts: Client’s driver license suspended for ten years due to Driving under the Influence convictions.

Result: Client was found Not Guilty by Jury Trial.

Facts: Client was arrested for Burglary of an Occupied Dwelling.

Result: Client was found Not Guilty by Jury Trial.

Facts: Client was arrested for Domestic Battery by Strangulation

Result: Case was No Filed, client received an Expungement.

Facts: Client was arrested for Aggravated Battery with a Deadly Weapon.

Result: Client plead to lesser charge of misdemeanor Battery, received a Withhold of Adjudication and Probation.

Result: After apprising Prosecutor of the circumstances surrounding the arrest, case No Filed due to “the evidence cannot prove all legally required elements of the crime alleged and is insufficient to support a criminal prosecution.”