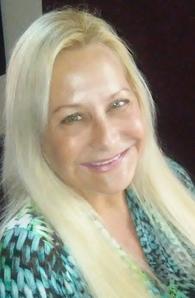 ​01.Trust.That’s what it comes down to for you and every client. You need to know that your attorney has your back. That your attorney will fight for you. That is what we strive to achieve for each and every client at Kristine Rosendahl, Esq., P.A. We can offer you two decades of hands-on experience in trials, negotiations, insight, motion practice to challenge evidence illegally-obtained AND an open ear. That’s what we offer.

02.Educate.Often, the most frightening part of the whole experience is wondering “what comes next”? It is our job to educate you. To  explain every step of the legal process, so you can anticipate, understand and appreciate what happens next in our efforts on your behalf. We will be by your side at every step.

03.Affordable representation. We pride ourselves on it. We understand bad things happen to good people. And hiring a lawyer is not usually in the family budget. Some people live week to week.

THIS SHOULD NEVER INHIBIT SOMEONE FROM OBTAINING EXCEPTIONAL LEGAL REPRESENTATION!

We are practical. Therefore, we try to make our services as affordable as possible. Our fees are not a surprise. They are listed on this website. They include the COMPLETE resolution of a client’s case including trial (but do not include appeals or certain costs which may be necessary in a case, such as process servers, court reporters, transcriptions, or private investigator costs). Please know that our firm WILL NOT incur such potential costs associated with a case WITHOUT a client’s prior approval!

We realize and appreciate that Palm Beach County, from its humble beginnings until now, has changed on an extraordinary and dynamic basis. There are now a plethora of choices in terms of legal representation to fit each client’s needs. We pride ourselves on our commitment to aggressive, affordable and high quality representation. We thoroughly believe in operating outside of the box – creating novel and unique defense strategies to resolve cases – via trials, motions or plea negotiations. We encourage potential clients to call us for a free consultation, then speak with other law firms to gauge the quality of their potential representation and the competitiveness of their fees. We’re confident you will come back to us. We want to fight for YOU.

​Kristine Rosendahl, Esq., is a third generation native of West Palm Beach. She graduated with a B.A. in Political Science and a minor in International Affairs from Florida State University in Tallahassee, Florida in 1990. Thereafter, she was awarded her Juris Doctorate degree from Quinnipiac University School of Law in Hamden, Connecticut in 1997. She interned with Bentata, Hoet & Associados in Caracas, Venezuela and the United Nations in New York City, New York. Additionally, she spent 5 years as an NFL Agent and was also certified as a NBA Agent.She incorporates all of this education and experience into her daily practice as a trial attorney.

Just like her clients who come from all walks of life, she has a wide range of life experiences to provide you the well-rounded representation and understanding you deserve.

Since founding the law firm in 2005, she has aggressively handled thousands of cases ranging from felonies punishable by life imprisonment to misdemeanors. Regardless of the severity the charges, we understand this is YOUR LIFE we're talking about.

After graduating from Florida State University, shee served in the U.S. Army and appeared in numerous film and television productions before deciding on a career in law.

While in law school, she studied international law and trade through the University of Richmond in Caracas, Venezuela, as well as internship with the United Nations – Office of the Legal Counsel in New York, N.Y.

She has worked for private firms focused on bankruptcy law, securities/corporate law, and travel law. But after developing a passion for courtroom litigation, she joined the St. Lucie County’s Office of the Public Defender in FT. Pierce, Florida to hone her trial skills and gain trial experience. There, she received exhaustive training, trial time and caseload management skills that has defined and enhanced her trial and negotiating skills and helped her gain and to develop her creative defense strategies.

She then joined the firm of Kaufman, Englett & Lynd, P.A., in Orlando, Florida where she handled high-profile cases, trials, motions, and plea negotiations for her clients. It was during this juncture that she represented several professional football athletes in need of her legal services. This opportunity parlayed itself into a desire to become an agent for professional athletes.

She has taken all of the skills and life experiences she has developed and achieved through boot camp, military service, film and television, negotiating NFL contracts, and legal training and channeled them into becoming a skilled and aggressive Trial Attorney and negotiator for her clients.

Ms. Rosendahl became a member of the Florida Bar in 1998; a member of the United States District Courts in the Northern, Middle and Southern Districts and a diehard FSU Seminole Booster and fan.